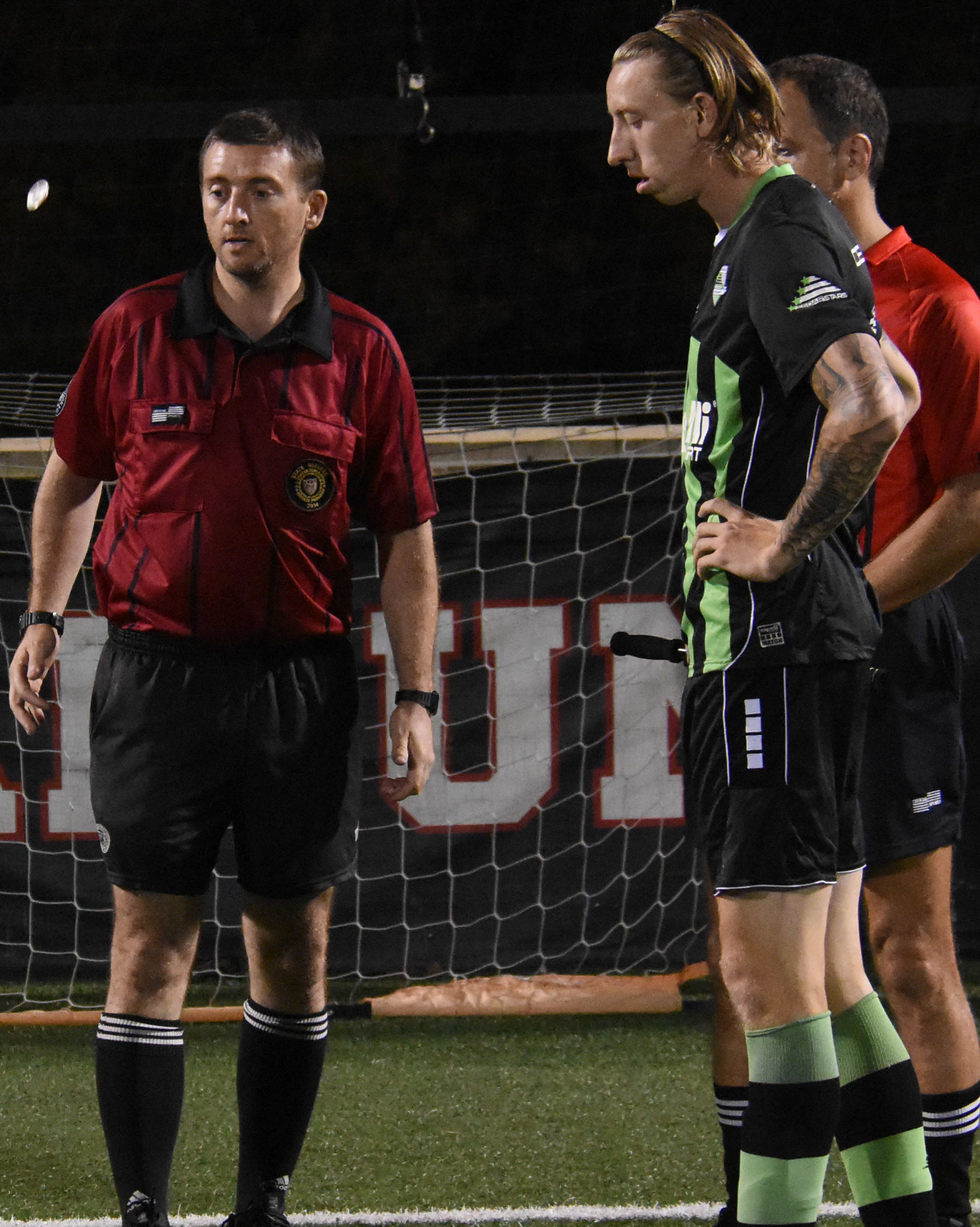 Here's something you heard before: Christopher Katona won CSL Player of the Week. But something you probably never heard before is the striker's motto behind his success. Katona opened up about his motto on Wednesday after winning the selection.

The New Jersey native won Player of the Week for the third time in five rounds this season after scoring a hat trick and registering an assist in Cedar Stars Academy's 6-2 win over Central Park Rangers Whites on Sunday night.

With 15 rounds left in the regular season, Katona is already on pace to pass his league-high of five Player of the Weeks from last campaign.

When asked about the secret behind his unreal start of the season, the CSA captain simply said he sleeps better than usual, “began to eat healthy, eliminated going out and drinking” and more importantly is still following one of his former coaches at Stockton University Jeff Haines' sayings. Haines recited it every day at practice, Katona recalled.

"'There are key elements that make an athlete built to play the sport. You have to be tough physically and mentally, fit, competitive, hardworking, coachable and play with emotion.' I always been relentless about improving myself on and off the field each day. That’s just been my motto, it never has or will change," the forward said. To add to Katona's combative spirit, a special someone in the crowd brought an extra bit of motivation out of him. A special someone who's presence positively agitated the cool-headed striker before the match.

"I’m never nervous going into a game, but I was Sunday, but in a thrilled way," he said.

The reigning CSL MVP previously stated: "It was the first time my brother saw me play ever. He has been living out of state all these years pursuing his career. I had a lot of memorable games and moments in my career, I just wanted to give it my all to impress him. I’m glad he was able to come to a game. It meant a lot to me. Family over everything at the end of the day."

For his first goal, Katona controlled Martin Dadaj's pass on top of the box before placing a shot to the bottom right near corner.

The 27-year-old scored his second goal by steering a shot from the top of the box to the far corner this time from another pass from Dadaj.

As for his third goal, Katona beat the opposite keeper one-on-one after a solo 60-yard run.

Apart from his goals, the American assisted one of Bledi Bardic's goals as he exchanged passes with him in the box.

Sunday's game boosted Katona to 11 goals, which is the league’s best, and four assists in four games.

The striker is scoring at a much higher pace than last season when he led the league in goals, tallying 2.75 goals per game compared to last campaign's ratio of 1.5 goals a game.

Katona expressed that playing less matches in other leagues this season is helping him stay fresh for his game with Cedar Stars hence find the net more often.

"Last year, I probably played around 50-plus competitive games, two and sometimes three games a week. I’ve cut back and have focused on playing with just Cedar Stars which helped me not put a toll on my body," he said.

"Coach Austin [Friel], Oliver [Papraniku], Bujar [Gjata] implement a great game-plan going into each game and having the players that we have just makes the game easier. We are able to keep possession more, force turnovers, create opportunities off of our opponents’ mistakes. Being patient is key and timing my runs when I see an opportunity that we have going forward."

Katona's next game with Cedar Stars is a Manning State Cup match versus Central Park Rangers again on Sunday away from home at Randall's Island Field 75 at 8:00 p.m.